April 11, saw 5 Turkey Vultures at the Atlas Street end of the Hurricane barrier. Three flew off and two stayed on the wall until one flew into a tree. A cat walked past the one left on the wall, but both animals were studiously avoiding each other. After the cat passed, the other vulture flew down from the tree, spread his wings and did an elaborate dance , then mounted the other bird.
April 12, 13, & 14 saw two birds on top of abandoned Atlas Tack. One flew up and circled above me, giving me the evil eye.
After the 15th, when the EPA guys started working on the marsh, I didn't see them anymore. One of the EPA guys said the vultures seemed to be "dive-bombing" them.
Read More 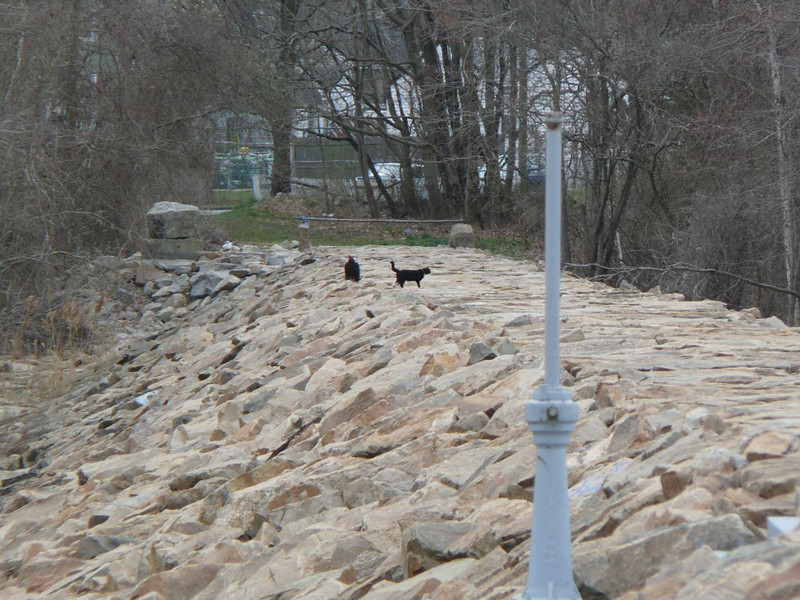