After work went to Hacker Street. Sunny, temp around 50. Tide getting high, but still able to walk pretty far in the marsh. Two Oystercatchers....one was hopping around with one leg dangling but then straightened out...must have fallen asleep.
After a while another pair of AMOY showed up and there was lots of noise and sparring and synchronized piping. Then one pair left and after a while another single AMOY showed up. More piping. I think it may have been a juvie...dark tip on bill. A gull tried to take some of their clams, but they drove it away. Another gull managed to get one flying and then chased it around.

Took a large Quicktime movie of the victorious AMOY who drove off the intruders
http://home.comcast.net/~bvm1290/amoy.mov
Read More 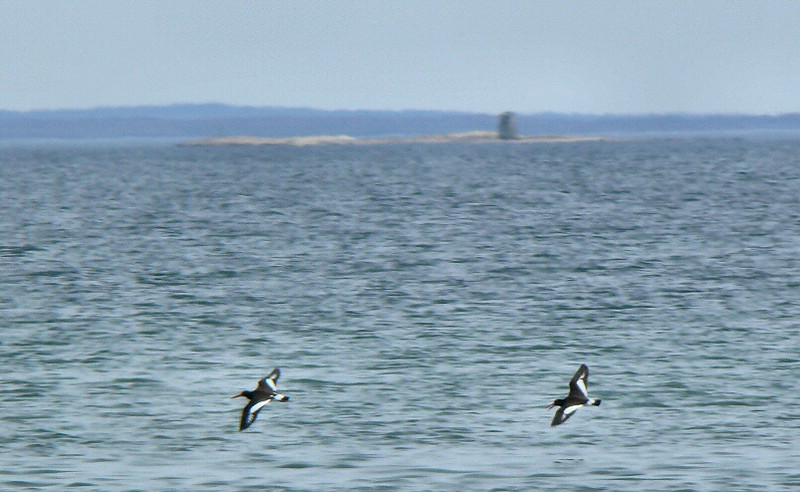